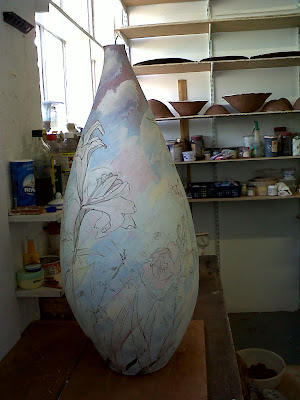 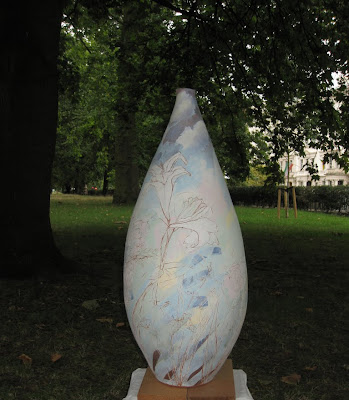 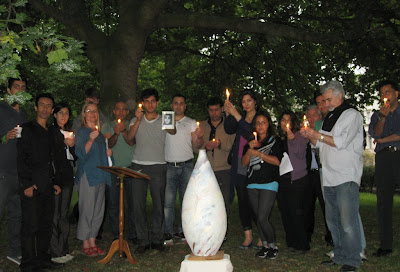 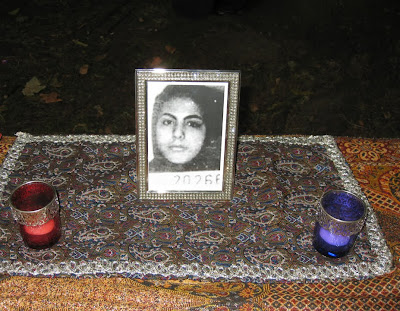 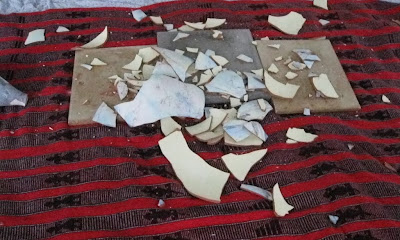 The purpose of the ceremony was to remember Atefeh and also to set her life and the events leading to her execution in the wider social context in which so many girls and young women in Iran have been and still are imprisoned and executed for, ‘crimes against chastity,’ or ‘zena.’ This is a colossal human rights abuse, and the numbers are growing year on year, but it is also one which falls below the radar of most human rights activism. These girls do not set out to be political activists, they are not heroes of the revolution, nor are they saints or martyrs. They are ordinary, anonymous girls and women from villages, small towns and big cities alike, whose behaviour and whose very existence is criminalised.

Nasrine Satoudeh, a human rights lawyer currently serving an eleven-year prison sentence in Iran makes the following observation on Atefeh’s case and the countless others like hers:

The courts somehow deal much more rigorously with the women than with the men. The weakest point in our downfall is that this is happening right in front of our eyes but, sadly, we pretend that we just don’t see it.

The pot was made about a year ago to memorialise the lives and deaths of these women. It was handbuilt, (using the coil method), and the inside painted yellow. The outside is painted with lilies and roses – iconic flowers associated with love and innocence – but they are entwined with wild flowers, suggesting neglect but still a certain beauty and innocence.

The plan was to smash the pot after the first firing and then, on the yellow, inner surface of the shards, write the names or numbers of the girls and women who had been executed for ‘zena.’

I’ve broken pots many times before but I have always done it in private, early on a Sunday morning when no one else is around. I’ve always felt nervous about frightening people with the noise and making a mess with the shards, which can be very sharp – I’ve cut myself on them before now. This time, however, I decided to include the breaking of the pot as part of a process of sharing the ideas and the story with an audience. Still uncertain about how this would work out, I decided, ten days in advance of the date, that I should do this as part of a memorial for Atefeh on what would be the 7th anniversary of her execution.

Remembering Atefeh was a short ceremony, which took place in Hyde Park, next to Neda’s Tree, seven years after the sixteen year old girl was hanged from a crane. Eighteen of us gathered under a beautiful, mature, spreading tree close to the Iranian Embassy – which is visible though the leaves in one of the photographs. We started at about 7.15 under a cloudy summer-evening sky, as the light started to fade and a few spots of rain fell. Atefeh’s pot was placed on a box surrounded by a red woven rug. Joseph Bates, my nephew, played the flute, (Bach’s Partita in A minor,) and then Pegah Tabaei and I read about Atefeh’s life, her trial and her execution in English and Farsi. We lit candles to flute accompaniment and everyone gathered in a semi circle around the pot, still holding the candles, which lit up space under the tree, emphasising the gathering dusk beyond our circle and creating a sense of intimacy within it. After a short statement about the nature and extent of this crisis in women’s human rights in Iran, we had a minute’s silence which was broken with the smashing of the Atefeh’s pot over a concrete slab placed on the rug which caught the scattering shards in its weave. The ceremony closed with a poem, ‘Litany for Survival,’ by Audre Lourde, in English, and the last, ‘Sarabande,’ of the Partita for flute.

The rug was then rolled up and the pieces safely conveyed to the studio for reconstruction - now in process. I’ll be glazing the pieces and rebuilding the pot with some of the pieces left out so that the names and numbers are visible inside and the light will make the yellow interior glow.

The breaking and mending of the pot is a metaphor for the shattering of lives and the process of survival – of restoration – of ‘piecing myself back together.’ It is also a material equivalent of ‘breaking the silence,’ about rape and sexual violence.

Thanks are due to:
Joseph Bates – Flute
Pegah Tabaei – Reading Farsi
Iman Nabavi – Translation
Golbarg Amanat - assistant
Ashkaan Bandoui – photographs
Niloufar Farrokh, Kamran Hashemi and Mana Mostatabi - much help, support and encouragement.
All the Iranian opposition groups who have helped out – and you are many!
Thank you.
Posted by Claudia Clare at 15:07

How to Eat A Pomegranate 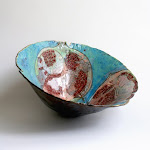 Links to Claudia's other sites 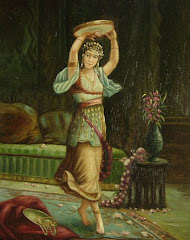 How to Eat a Pomegranate 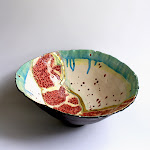 One bowl of a group of twenty 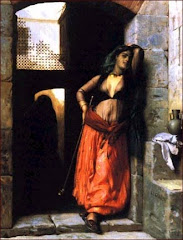 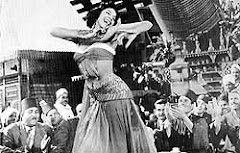 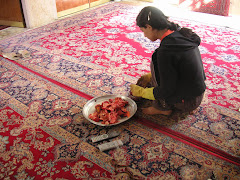 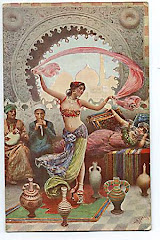 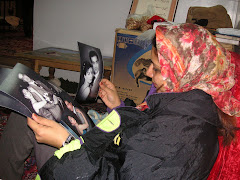 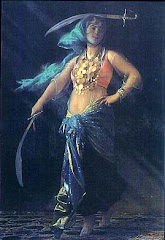 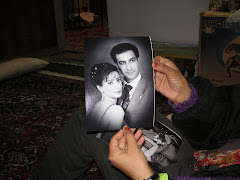 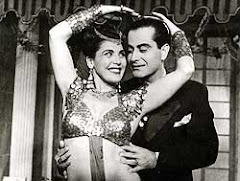 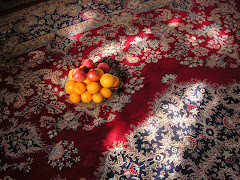